If you read my last post you know that this past weekend we made plans for no plans and let me tell you, It. Was. Awesome!! We basically chilled all weekend except for a few necessary things like getting groceries and doing some laundry. It was seriously so great. I got to blow up my pool and lay out in the sun for a while, I got to take a bath and relax, and I even got to try something that has been on my bucket list for so long: making croissants.

Making croissants has been a goal of mine for a very long time, but I have just not had the time to do it. But this weekend I actually had time to make two different batches. I tried two different recipes, one traditional, one less traditional but a lot easier. This is what I discovered:

The first recipe I tried was the less traditional one because it is not as time consuming. I used this recipe here.

Why I love this recipe: It is so much easier than the other one! And much less time consuming. The flavor was so delicious when they first came out of the oven. I made one half as regular croissants, and the other half I made as pain au chocolat. They were melt in your mouth delicious and I would highly recommend using this recipe if you want to make something delicious and easy(ier) than traditional croissants. The only downside to these was that they seemed a little bit doughier than the others, not that they were under-cooked, but the texture just wasn’t quite as flaky.

The second recipe I used was this one here and much more traditional.

Why I love this recipe: While the other recipe wins in time and effort, this recipe wins in taste and texture. The one downside to these was the time. They were also a bit more physically demanding because of the laminated dough. Laminated dough is basically thin layers of dough separated by butter and made by repeated folding and rolling and chilling. It’s time consuming and a major arm and back workout. Seriously, today I’m sore from it. Even though this recipe took more effort, it was totally worth it for how amazing the end result was. I made the entire recipe as pain au chocolat because the first batch was so delicious and I am so glad I did. They were incredible! I was literally jumping up and down because of how good they were. What can I say? I get excited about food. They were so buttery, so flaky, so light and airy, and just so so so delicious! 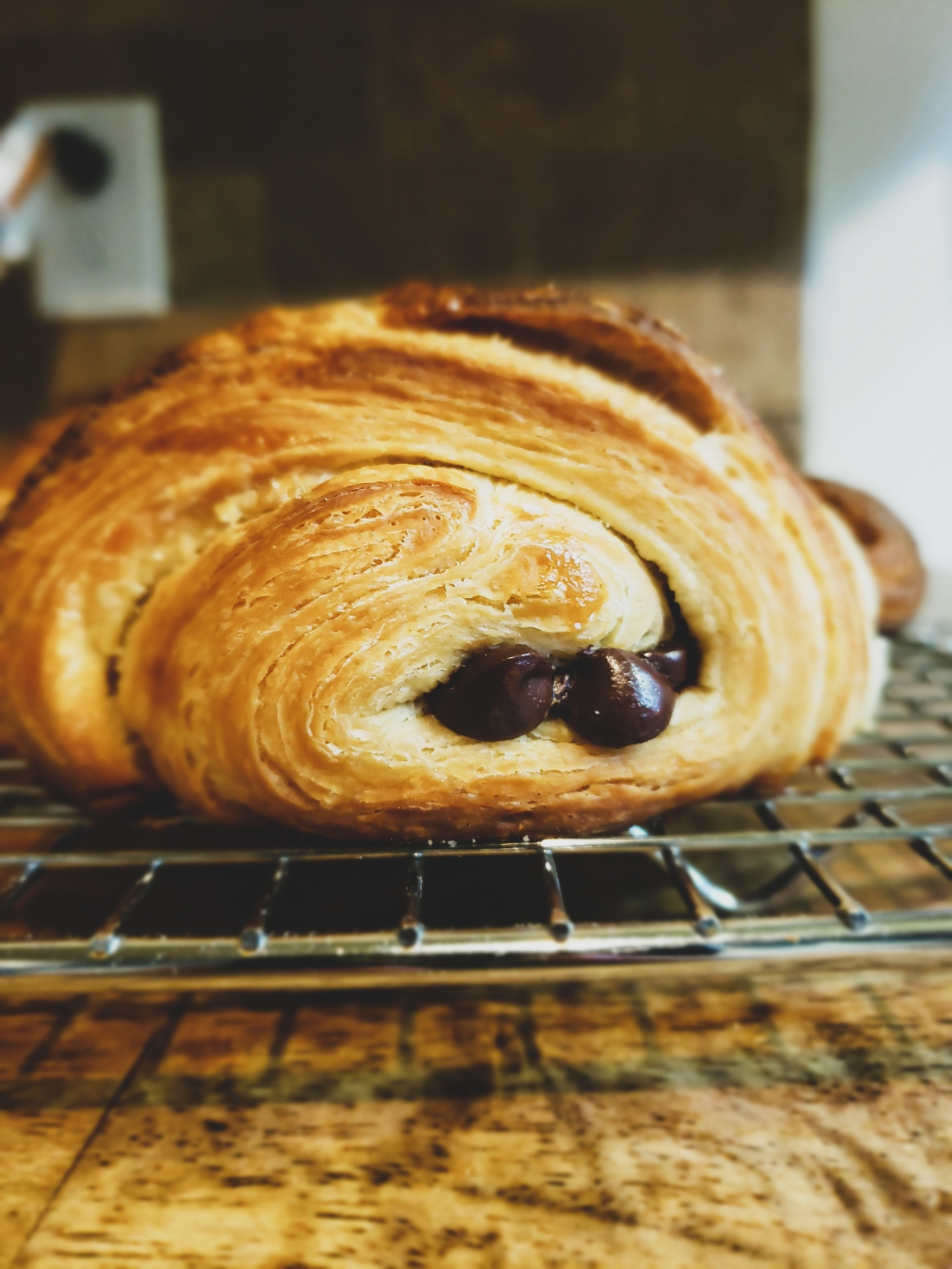 So in conclusion, if you are wanting to make croissants but don’t have a lot of extra time, the first recipe is perfect for you. But if you do have the extra time, I would highly recommend the second recipe. It is totally worth the extra effort.

View all posts by Jessie

5 thoughts on “Weekend at Jessie’s”